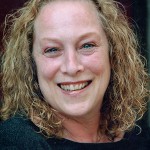 DIANE PRUSHA* (Grace Ansley in Roman Fever; Blanche in The Promise) was most recently seen as Mrs. Fontage in The Rembrandt at The Mount. Other roles include: Enchanted April (Lotty), Roman Fever (Grace), The Other Two (Edith Wharton), Lettuce and Lovage (Lotte), Chekhov One Acts: Swan Song (Actress), and The Brute (Mrs. Popova), and many roles in various Wharton One Acts at Shakespeare & Company; Two Headed (Hettie), Amy’s View (Esme), and A Man for All Seasons (Alice More) at Berkshire Theatre Group; The Bear (of the Berkshires) (Elena) at Pythagoras Theatre Works; Five Flights (Olivia) at Mixed Company; The Glass Menagerie (Amanda) at Simon’s Rock; Autre Tempes (Mrs. Lidcote), Summer (Miss Hatchard) and Xingu (Mrs. Plinth) at the Wharton Salon. Proud member of AEA. 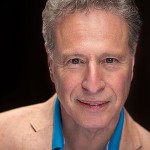 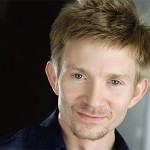 MICHAEL BURNET* (Co-Producer/Founder) just wrapped the independent films Penny Land (John) and Damsel (Harry) and the short film The Miser and the Demon (Demon) which were all shot here in the Berkshires. S&Co: The Servant of Two Masters (title role), A Midsummer Night’s Dream, The Valley of Decision, The Merchant of Venice, Troilus and Cressida (title role), House of Mirth, The Other Two. Other credits include: Cyrano (Valvert) Barrington Stage Co; Hamlet (title role), The Comedy of Errors, Much Ado About Nothing, and Macbeth at Worcester Shakespeare Co; Amadeus (title role) at Persephone Theatre Co; Rosencrantz and Guildenstern are Dead at Weston Playhouse; Romeo and Juliet at Worcester Foothills; Arcadia and Escape From Happiness at The Wilma Theatre; The Taming of the Shrew and A Little Night Music at Arden Theatre. Writing credits include: The Rembrandt (adapted from Wharton), The Bear (of the Berkshires) (adapted from Chekhov), The Difference Engine, The Mad Pirate and the Mermaid (Bill Barclay, Composer), The Too-Tight Pants of King John, The Tamer Tamed (adapted from Fletcher). As Producer/Exec. Producer: Corporate events in the US, Canada, Europe and Asia; Nonprofit fundraisers, live concerts and independent film. Michael is the Creative Executive for Ex Machina Films. He is an accomplished Fight Director and has been recognized for his work by the New York Times, Boston Globe and Berkshire Eagle. Proud member of Dramatists Guild and AEA. 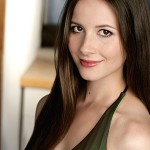 JAMIE GREENLAND (Associate Producer/Founder) was last seen as Eleanor Copt in The Rembrandt at The Mount and here in West Stockbridge. Hamlet (Ophelia), The Comedy of Errors (Luciana), and Much Ado About Nothing (Beatrice) at Worcester Shakespeare Company; The Mad Pirate and the Mermaid (Mad Pirate Prettyboy Bart), A Midsummer Night’s Dream, and Shakespeare and the Language that Shaped a World at Shakespeare & Company;   Pride & Prejudice (Mary) and Othello (Desdemona u/s) at Pioneer Theatre Company; The Busybody (Miranda) and Caucasian Chalk Circle (Aniko) at the Babcock Theatre; Measure for Measure (Juliet) with Salt Lake Shakespeare; Iphigenia at Aulis (title role) and Agamemnon (Chorus) at The Salt Lake Greek Theatre Festival; Street Scene at Kingsbury Hall; Half Moon Rising (Priestess), Endgame (Nell), and others at the University of Utah. Television: Voices of Hope (Narrator) PBS/KUED. Jamie is the Associate Producer and a founder of Ex Machina Films LLC. She is a graduate of the University of Utah’s Actor Training Program and holds a Master’s Degree in Socio-cultural Anthropology from Columbia University.

*Member of Actors’ Equity Association, the Union of Professional Actors and Stage Managers in the United States, appearing under a Special Appearance Contract.